Recap: I got a brand new Pioneer head unit at the end of 2005, and quickly became frustrated by the interface for it’s many options. The controls for accessing the ipod and sirius were beyond ridiculous: you had to go into a function menu, f1-f4 to access things like “repeat” or “scroll title” or “pause”. Ignore the fact that the unit has both a pause button and a display scroll button RIGHT ON THE FRONT OF THE DECK!@#$!@% I was so mad that when I was at CES in vegas the following January, I went over to the pioneer booth to ask them why they would put out a product like that, and when I could expect a firmware update to fix it. He explained that that wasn’t gonna happen, and that I should “ebay that one, and buy this years model”. I retorted by asking why I should continue to be a lifetime pioneer customer instead of going to buy from Alpine, to which he explained I would suffer the same problems. After giving it some more thought, I realized that he was right and that the entire industry was built upon the need to limit the options and force you to upgrade since the hardware itself would last too long (for their liking).

So, I came home from vegas and promptly ripped the entire thing out of my truck deciding that I would no longer support that industry when I could come up with a perfectly fine solution myself. I first saw computers being placed in cars in 1999, so I figured that by 2006 it should be downright easy. I was mostly right. There is a pretty decent community for this, though admittedly it seems to have reduced a lot now that in-car mobile computing solutions are becoming an OEM option. But the opensource software is there, and there are plenty of hardware options so it’s not too hard. Normal learning curves apply.

As with any good homebrew project, it requires constant maintenance on my part. This is certainly a bit frustrating, and has led to me largely ignoring the unit for the past 2 years. I was faced with a buggy PSU that I needed to replace (which means pulling the seats out of my truck and futzing with the wiring) and I’d just purchased an iPhone.. so suddenly my new toy with earbuds made it less important to get the CarPC running again. This year I’ve finally decided to get back to work on it and make a robust solution that will (hopefully) solve the various minor bugs and allow for easy reinstallation should things go awry. I’ll be posting about that here I guess.

Here are 3 quick shots of the process to get an idea of how it turned out… If you want to see the entire build process (at least, as often as I could remember to grab the camera) you can visit the gallery. 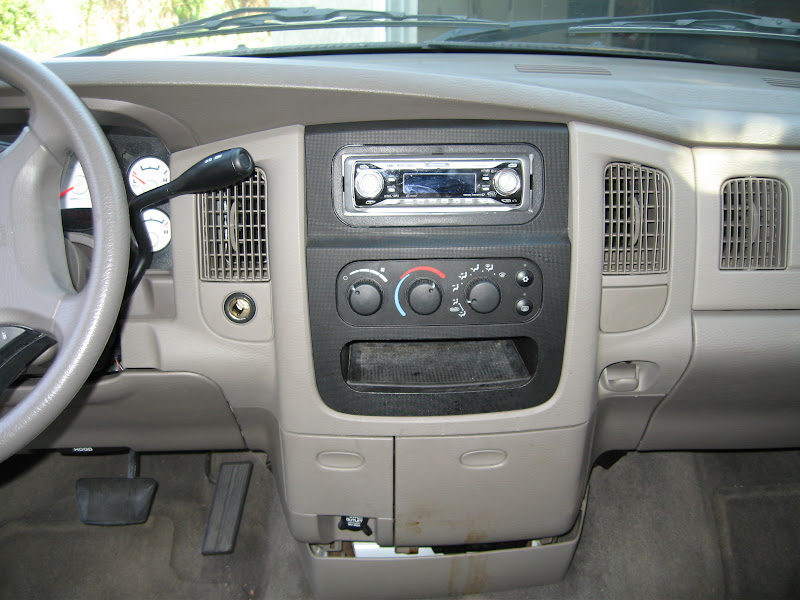 It started off like this... (please ignore the gross soda drips, thx) 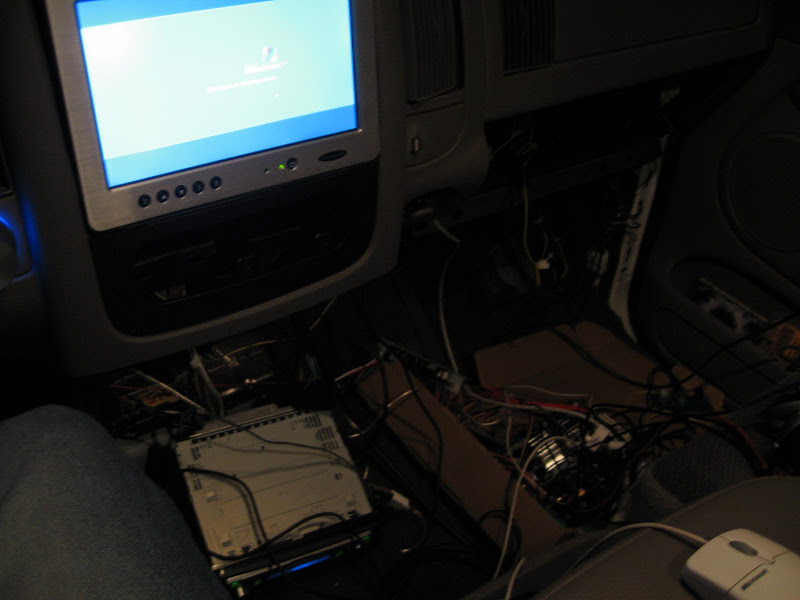 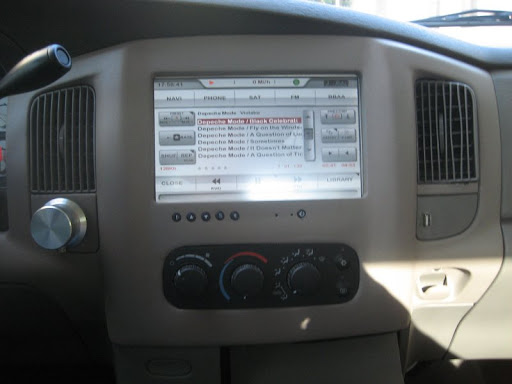